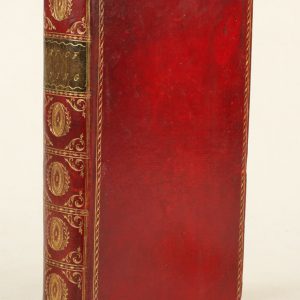 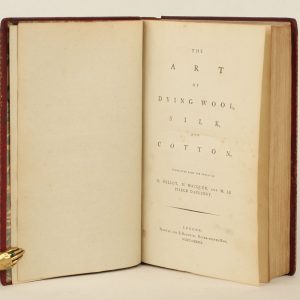 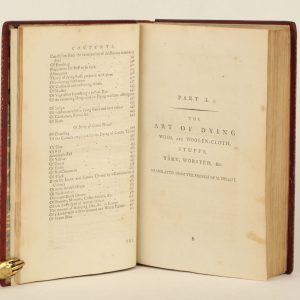 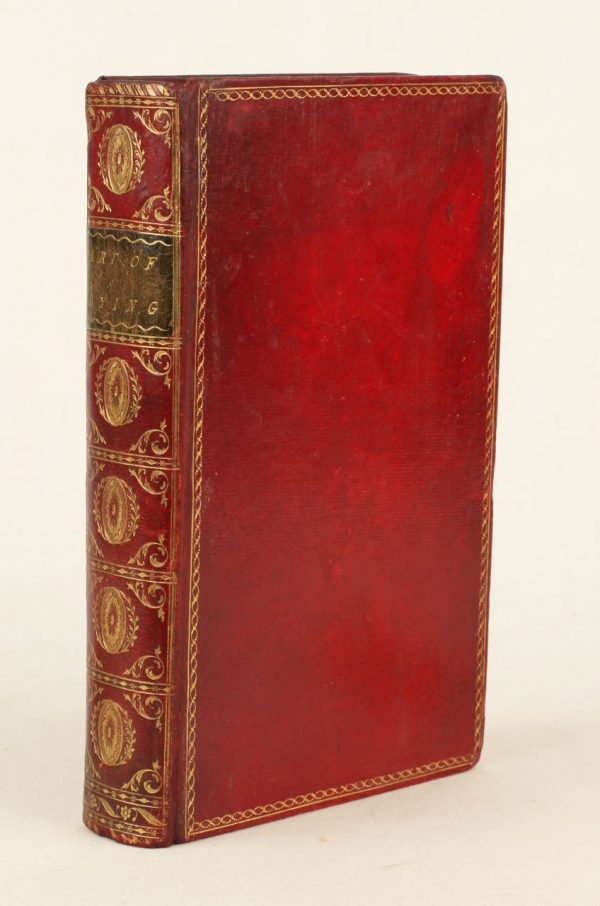 The Art of Dying Wool, Silk, and Cotton. Translated from the French of…

Second edition in English (but see below) of this collection, consisting of three separate works: Jean Hellot’s L’art de la teinture des laines (1750), Pierre-Joseph Macquer’s L’art de la teinture en soie (1763), and Le Pileur d’Apligny’s L’art de la teinture des fils et étoffes de coton (1776). These are three of the thirteen key works in the history of dyeing published before 1856 (Edelstein), and “the major importance of [Hellot’s] book lay in the careful discussion of techniques which made it a standard work for the remainder of the century” (DSB). The anonymous translator evidently considered the French dyers of the period, who were subject to regulation and inspection, to be superior to those in England, to whom these authoritative works were unknown. Only the work by Hellot had been translated before (Dublin, 1767), but the present translator considered that translation very inferior. The book is dedicated to the Society of Arts, Manufactures, and Commerce. This collection was first published in Paris in 1785, but that edition is very rare, ESTC recording only 2 copies. It is possible that the sheets of the two editions are the same. Cole 615. Neville I, p. 607 (lacking the final advert leaves). Edelstein, Historical notes on the wet-processing industry, pp. 83–85.