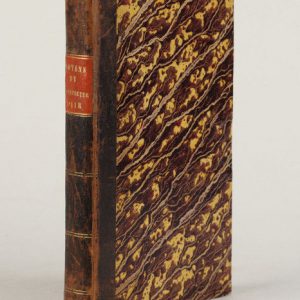 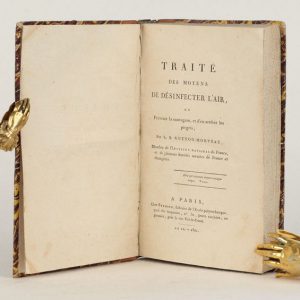 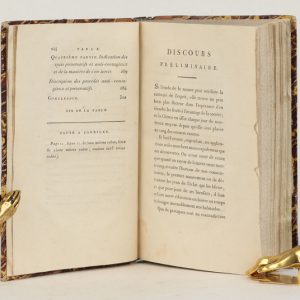 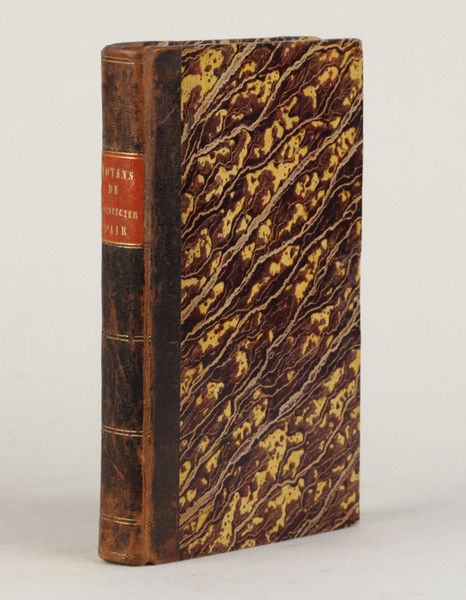 FIRST EDITION. Guyton did important pioneering research on the disinfection of air, having been consulted about the problem of putrid emanations from corpses in the crypt of a church in Dijon. Believing that the decaying flesh gave off both ammonia and the disease-carrying particles, he first used hydrochloric acid fumes, while in England Sir James Carmichael Smyth independently used nitric acid fumes. Guyton subsequently made the investigations described in this book, and then used chlorine, which he found to be an effective disinfectant. A simple apparatus for producing chlorine from common salt was also described in this book, which was translated into five languages. For this service to humanity he was admitted to the Legion of Honour in 1805, while in England Smyth was awarded a grant of £5000. DSB V, p. 603. Cole 573. Duveen p. 276. Neville I, pp. 562–563. The collation of this copy agrees with Duveen, and has 8 pages of advertisements at the end; some copies (e.g. Neville) have 306 pages, the extra leaf being a singleton, V1, advertising Guyton’s books, while others have neither the single leaf nor the 8 pages.