GLISSON, Francis, and others. 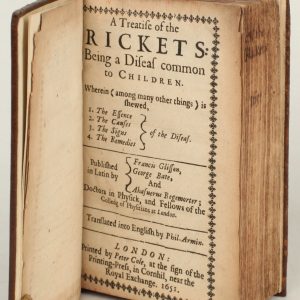 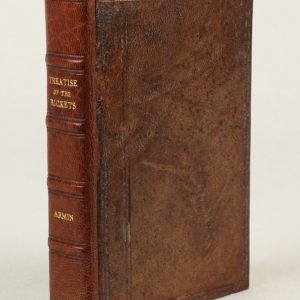 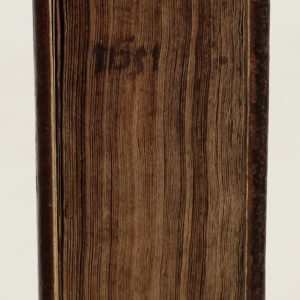 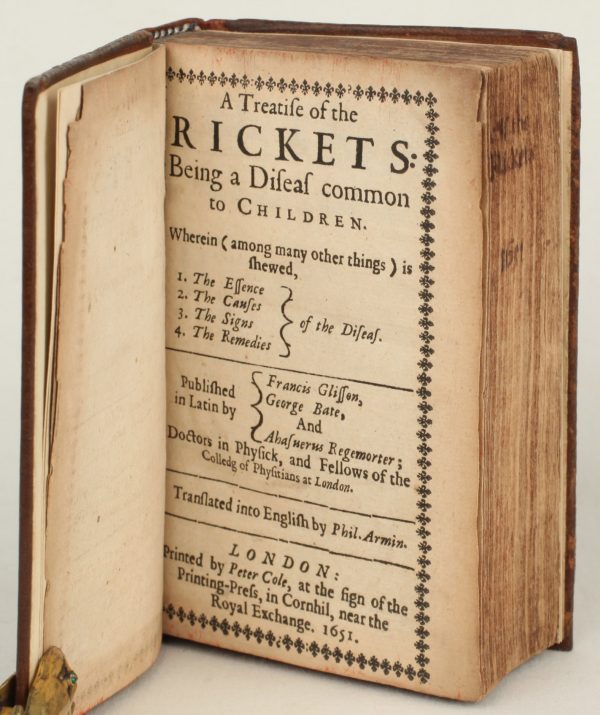 A Treatise of the Rickets: being a diseas common to children. Wherin (among other things) is shewed, 1. The essence 2. The causes 3. The signs 4. The remedies of the diseas. Published in Latin by Francis Glisson, George Bate, and Ahasuerus Regemorter; doctors in physick, and Fellows of the Colledg of Physitians at London. Translated into English by Phil. Armin.

Small 8vo, pp. (viii), 283, 294–373, (4). Title within typographical border, a few woodcut illustrations in the text. Woodcut on p. 320 cropped (as usual?, being larger than the text) but several lower margins still uncut, a few paper flaws without loss, paper slightly browned. Contemporary mottled sheep (a few wormholes in the lower cover), competently rebacked in the mid-twentieth century with morocco and with new endpapers, three of the four original endpapers preserved, tips of corners neatly repaired with sheep. Signatures of Henry Chapman, 1656, and Henry Wyles(?) on original front endpaper.

FIRST EDITION IN ENGLISH. G&M 3729 and 4297.91 (first edition of the year before). Although preceded by Whistler and Boot, Glisson's was the fullest and most important account of rickets to have appeared. He also described infantile scurvy for the first time. In his clinical descriptions, Glisson was one of the earliest to emphasise the importance of morbid anatomy. He included a detailed study of the biomechanics of deformed bones and joints, and an early study of the pathologic anatomy of scoliosis. He used braces, splints and shoes to straighten bowed legs and curved spines, and advocated exercise and massage to overcome muscular weakness. In attempting to correct the deformities of rickets, Glisson’s work did much to advance the treatment of distortions in general. In 1645 the Royal College of Physicians commissioned a book on rickets, at that time considered a new disease. Having eight contributors, the book was one of the earliest instances of collaborative medical research in England. Glisson, however, was by far the major contributor and editor (and his first book), but his chief collaborators, George Bate and Ahasuerus Regemorter, are also named on the title-page. With the exception of Caius on the sweating sickness, a much less thorough treatise, this was the first monograph on a single disease published in England, and hence one of the earliest published works on deficiency diseases. It was universally acknowledged as a classic account, and Norman Moore in the DNB described it as "one of the glories of English medicine". This English edition is exceedingly rare. Only two copies are recorded as having appeared at auction since 1902 (both with damaged or lacking title-pages). Not in Krivatsy (but the library has an imperfect copy). Wing G860, recording only two copies outside England; even so some of these may be the “corrected, and very much enlarged edition” also dated 1651, which is not in Wing. See Major, Classic descriptions of disease, pp. 597–600. Still, History of paediatrics, pp. 214–227. Ruhräh pp. 254–284. Bick, Classics of orthopaedics, 63. Bick, Source book, pp. 56–58.