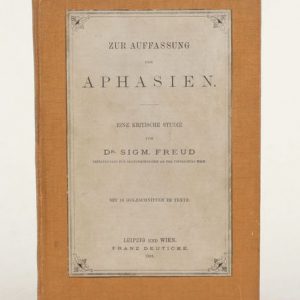 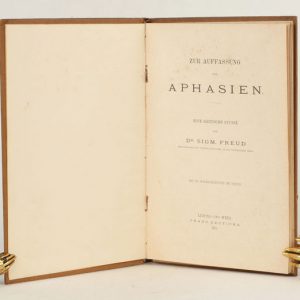 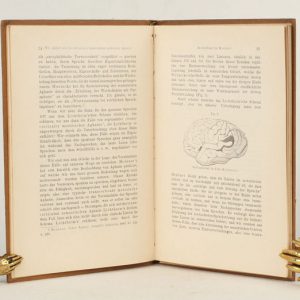 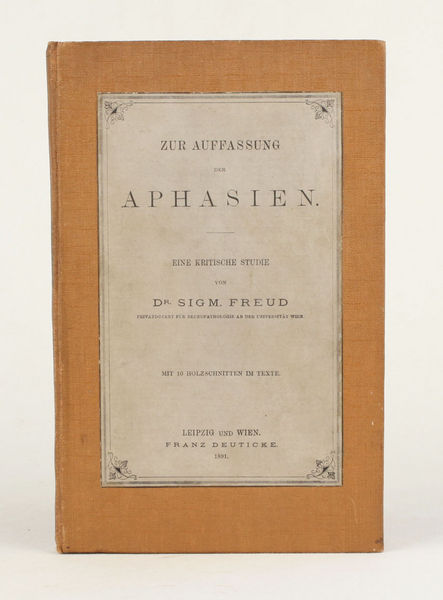 FIRST EDITION of Freud's first, and rarest, book. “Freud's treatise on aphasia, his first book, was little known or appreciated by contemporary neurologists, but Freud always regarded it as the most significant of his neurological writings. The work, subtitled ‘A critical study’, was the first to criticise the foundations of the Wernicke-Lichtheim theory of aphasia, which held that losses of function aphasia were caused by lesions to anatomically circumscribed centers corresponding to the various functions in language. Freud demonstrated that this concept led to localization schemes of labyrinthine complexity, and did not fit with specific case studies; it was thus necessary to assume that the cerebral areas involved in language were less circumscribed… Departing from the mechanical views of the Helmholtz school, Freud approached the development of speech and reading from a psychological standpoint” (Norman). G&M 4627.1. Of considerable rarity: of the 850 printed, only 257 were sold, and that over a period of nine years. The remainder were pulped. Norman Catalogue F15.