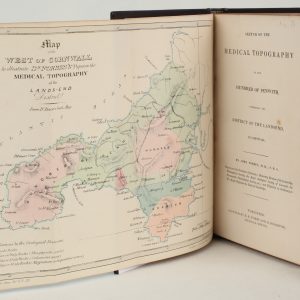 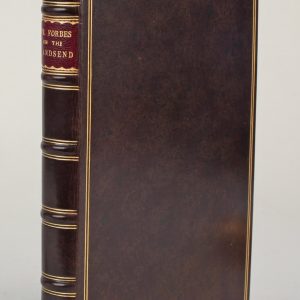 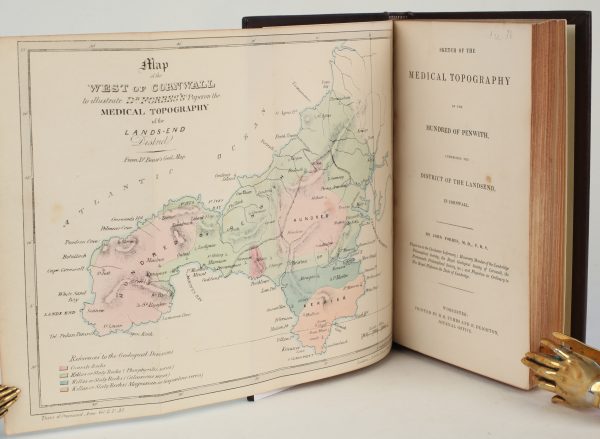 Sketch of the Medical Topography of the Hundred of Penwith, comprising the district of The Landsend, in Cornwall.

FIRST EDITION IN BOOK FORM, and the only known complete copy. The physician Sir John Forbes spent five years in Cornwall as a general practitioner and physician to the Penzance Public Dispensary. While there he published the first English translation of Laennec’s De l’Auscultation Médiate (1819). Twelve years after leaving Cornwall he published the present medical study of that part of Cornwall known as the hundred of Penwith in order to trace the causes of disease in that area. It is in two parts, comprising its natural history and economic history and the statistical results of these influences on the inhabitants, and in part two the medical history of the inhabitants. Among the many aspects of its study are the geology, climate and botany, and the occupational diseases of the region, many of the inhabitants being employed in fishing, mining and agriculture. This very rare work first appeared as two papers in the Transactions of the Provincial Medical and Surgical Association. There are no complete copies in COPAC which records 2 copies, one of which has the first part (119 pages) only and the other, which is probably Forbes’ own copy, the second part only. Neither copy is in the British Library.