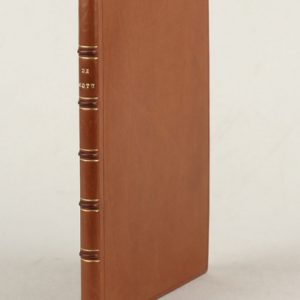 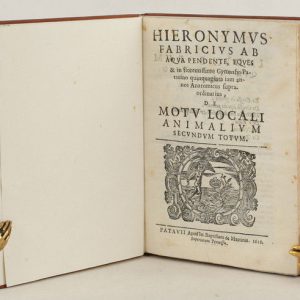 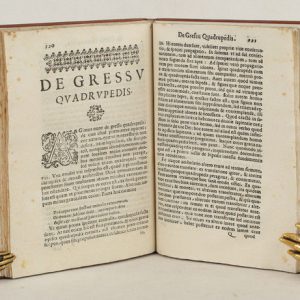 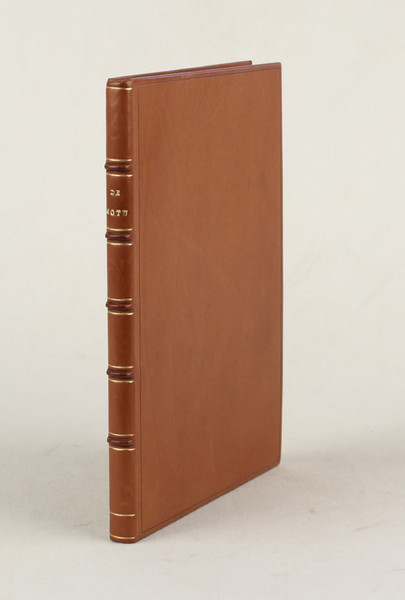 4to, pp. 123, 32. Page 3 is misnumbered 1. Woodcut device on title, ornamental headpieces and initials. Twentieth century calf by Laurenchet. Some light spotting throughout but a very good copy.

FIRST EDITION of what is perhaps the founding work of biomechanics, and one of the rarest and least known of Fabrizio’s works, published the year before his death. “Fabricius of Aquapendente was one of the anatomists who brought valuable contributions to the physiology of movement. His study of the musculature of the extremities, and of the various phases of walking, jumping, and so on, and of the effort exerted in overcoming resistance, anticipate, as De Renzi has noted, the more famous studies of Borelli” (Castiglioni, p. 432). The work is divided into six chapters, of which the first, on walking in general, is by far the longest; it is followed by chapters on walking in birds and quadrupeds, on flying, swimming and crawling. The last three chapters comprise the second sequence of pagination. Fabrizio was a pupil of Falloppio at Padua and a teacher of Harvey, who also wrote a study of animal locomotion with the same title as the present work in 1627, but it remained unpublished until 1959. Fabrizio’s book was reissued in 1625, after his death, with other previously published works, but both forms are extremely rare; for example neither issue is in Krivatsy or the Wellcome catalogues (although Krivatsy lists an imperfect 1625 issue without De motu). It is not in Roberts & Trent, Bibliotheca mechanica, the central interest of which was biomechanics.