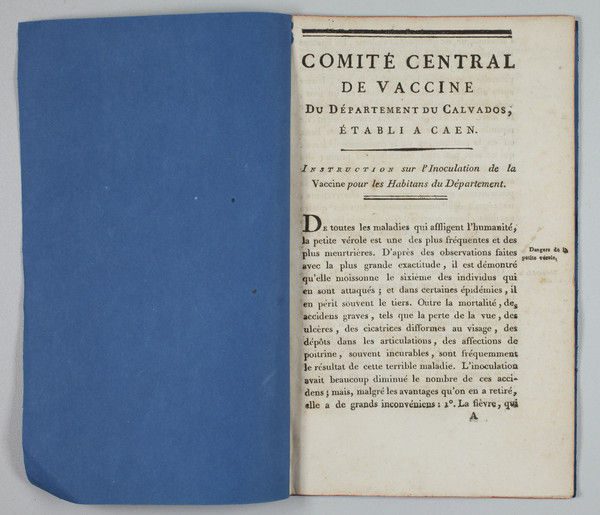 FIRST EDITION(?) of an early set of instructions issued by the Comité Central de Vaccine of the département of Calvados for vaccination against smallpox in Normandy. Written by a committee of five physicians all based in Caen, and issued in an edition of 1200 copies, this rare provincial publication recommends the general adoption of vaccination, details Jenner’s experiences, distinguishes between common symptoms, and discusses false vaccine. The instructions then describe two methods of administering vaccine, using fresh and dried vaccine, the effects of vaccination, and the technique’s universal applicability. The committee responsible for vaccination in Paris had issued its instructions in 1801. The present work is not in the catalogue of the Bibliothèque Nationale nor in the Catalogue Collectif de France, and would appear to be the first set of instructions for vaccination issued in the French provinces.