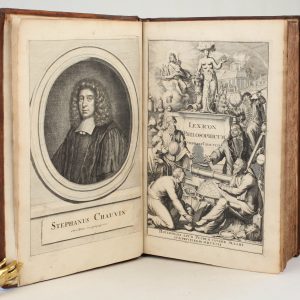 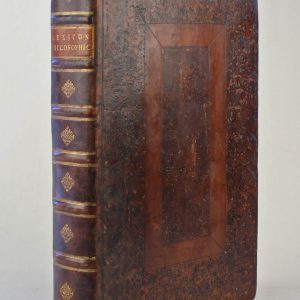 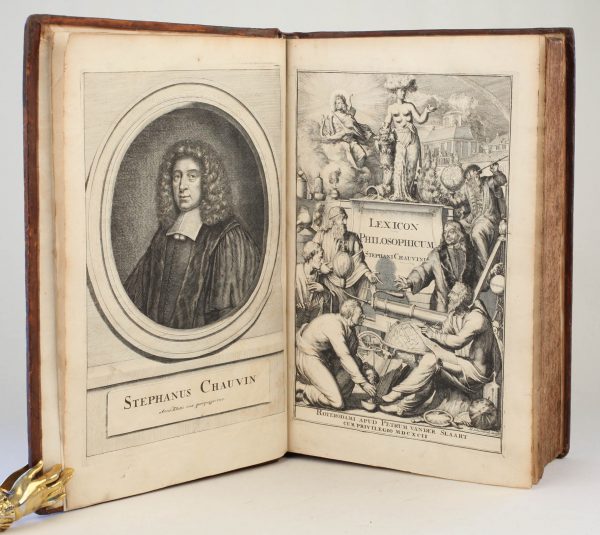 FIRST EDITION of one of the earliest scientific encyclopaedias, which was notable for two features in particular: firstly its alphabetical arrangement (as noted in the title), and secondly its absence of interest in magic, astrology and other similar pseudo-scientific matters and its emphasis on experimental science. Chauvin (1640–1725) was a philosopher whose philosophy and physics were thoroughly Cartesian. He was the successor as professor in Rotterdam to Bayle, whose own Dictionnaire historique (1695) may well have been inspired by the present work. The fine engraved title shows Descartes, who denied the existence of a vacuum, resting his hand on a set of Magdeburg spheres, Galileo, who is examining the heavens through a telescope, and scientific figures from earlier periods examining instruments of the time. Phillips, Diving and Underwater Technology, pp. 402–403.