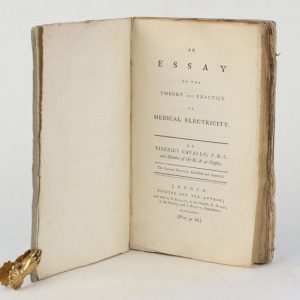 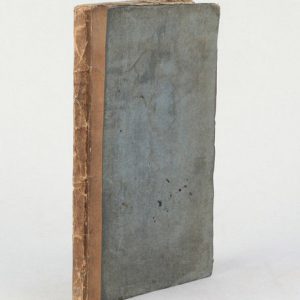 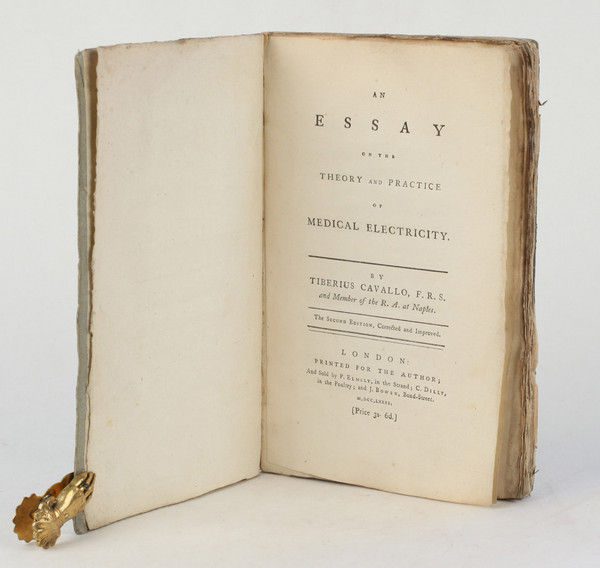 An Essay on the Theory and Practice of Medical Electricity. The second edition, corrected and improved.

Second edition. Cavallo had published his larger work on electricity in general in 1777. “Pursuing his interests in electricity and its possible applications, Cavallo published An Essay on the Theory and Practice of Medical Electricity (1780; 2nd edn, 1781), which was concerned with the medical uses of the electric ‘fluid’. In the Essay he described the methods and instruments in use at the time and reported cases of diseases that had been treated by electricity. He admitted, however, that further research was needed in order for medical electricity to be seriously distinguished from the practices of quacks and charlatans, and, in his private correspondence with James Lind, physician to George III, he alluded to his reservations about the value of electricity as a medical therapy” (ODNB). Not in Ekelöf, which has the German edition. Wheeler Gift 489 (first edition): “…work of value.”