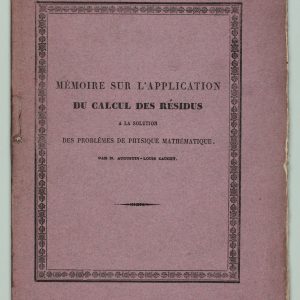 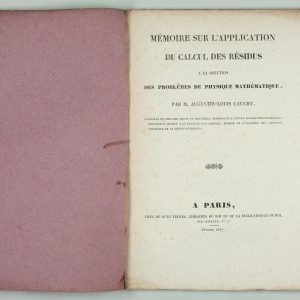 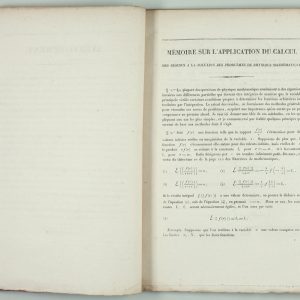 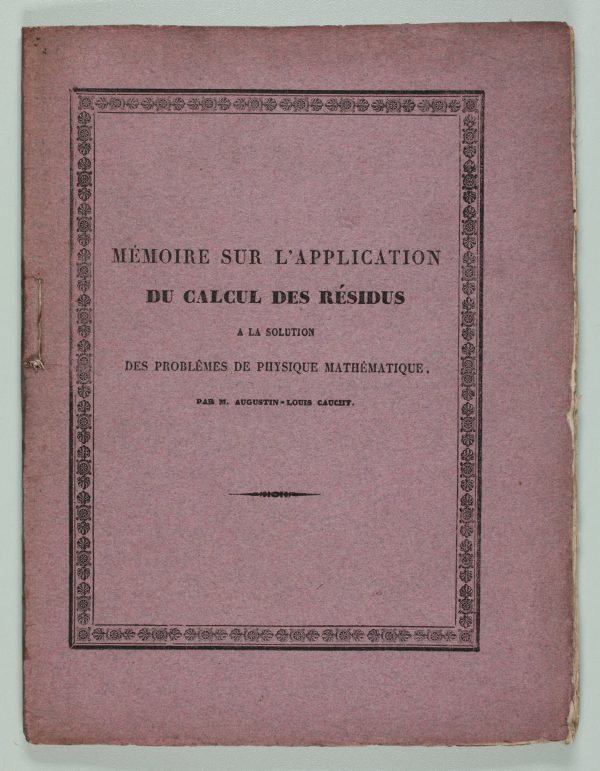 FIRST EDITION. “Cauchy had introduced his important calculus of residues in 1826 and devoted several articles in his Exercises de Mathématiques to the technique. In this separately published memoir he shows that his method produces a multitude of formulae, among which are those given by Lagrange and Fourier on the theory of heat. He demonstrates how, with the aid of the calculus of residues, one can integrate linear equations with partial differences and use the integrals to verify conditions similar to those encountered in questions of mathematical physics when one considers solid bodies or fluids where the dimensions remain finite” (Roger Gaskell, Catalogue 32, item 19). See En français dans le texte 231 (note).