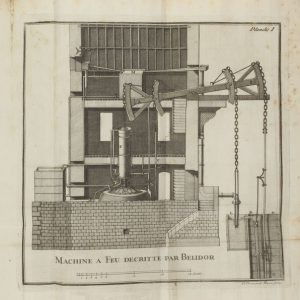 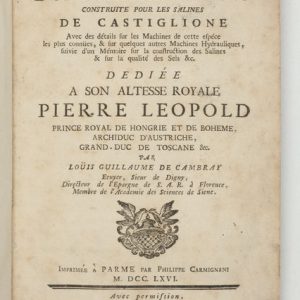 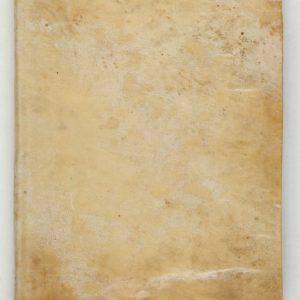 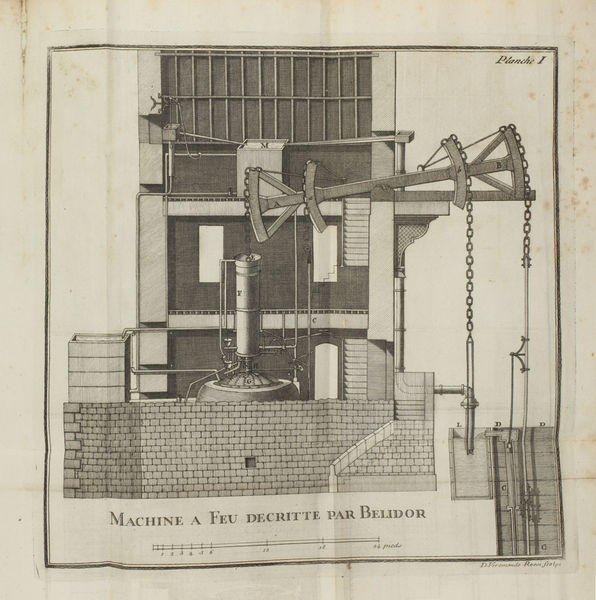 FIRST EDITION, first issue (see below). The first steam engine to be built in Italy. Cambray Digny built his steam engine, based on Thomas Savery’s, to pump salt water from the sea at Castiglione in Tuscany to the salt-works on the other side of the dunes which lay between. He took great care in the adjustment of its various parts and he added various ingenious methods for opening and shutting the valves so as to make the mechanism almost self-regulating. This book is a very detailed account of its construction, including his last-minute changes. The engraved plates show details of the engine, and four of them show engines built by Bélidor, Musschenbroek, and an unnamed English pump. The book includes (pp. 107–164) a memoir on salt and salt-works, and the folding tables are on the properties of salt from various sources. This issue has 180 pages, the final errata leaf, and the errata uncorrected. Another issue has 183 pages, the supplement dated 10th May 1766 (pp. 165 to the end) being reset. It contains details of the changes that Cambray Digny made to the engine while the book was being printed.