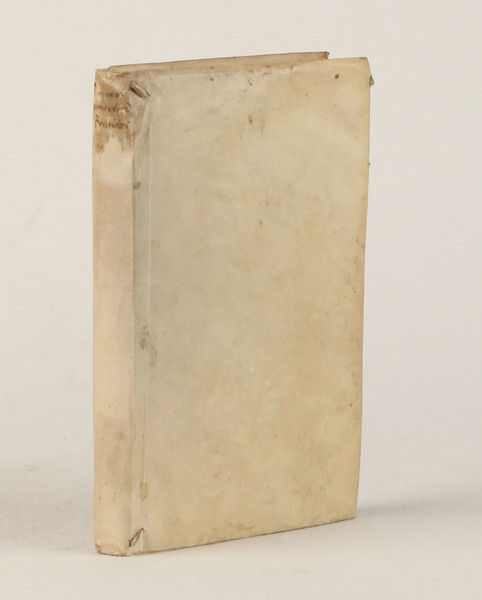 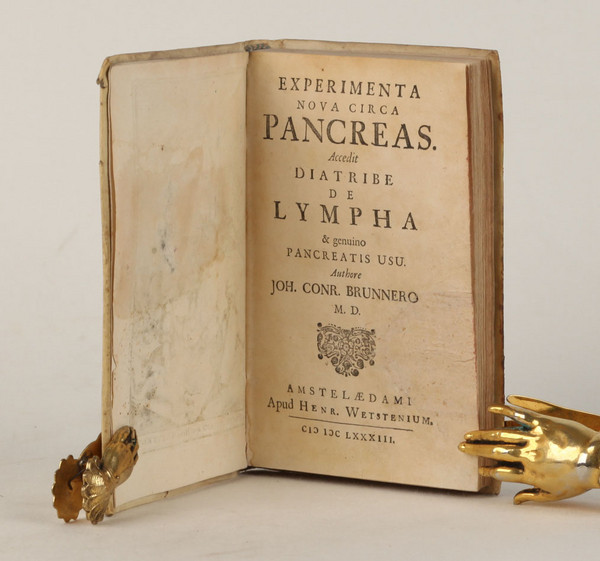 FIRST EDITION. G&M 3927. The Swiss physician J.J. Brunner came near to discovering pancreatic diabetes. He made experimental excisions of the spleen and pancreas in the dog, keeping the animal alive, with normal digestion, for some time after. He found after one of these excisions that the dog had extreme thirst and polyuria, and Brunner had thereby conducted a pioneer experiment on the internal secretions of the pancreas. Brunner was probably assisted in his experiments by his friend and compatriot J.C. Peyer, who had made the original discovery of the lymphoid follicles in the small intestine in 1677. These two discoveries put paid to the short-lived glory of the role of the pancreatic juice in digestion proposed by Sylvius and De Graaf. Apart from the two treatises by Brunner mentioned in the title, this book also contains a communication by Peyer, and Brunner’s answer. For a good account of this work see Ralph H. Major, “Johann Conrad Brunner and his experiments on the pancreas” in Med. Hist., 3rd series, III, 91–100 (1941). Foster, Lectures on the history of physiology, 162–164. Norman Catalogue 362 (this copy).