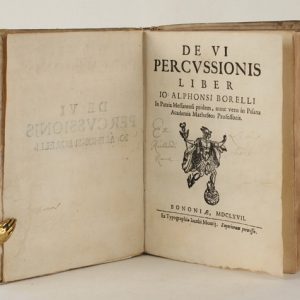 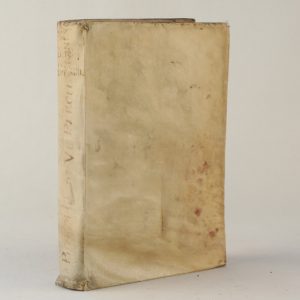 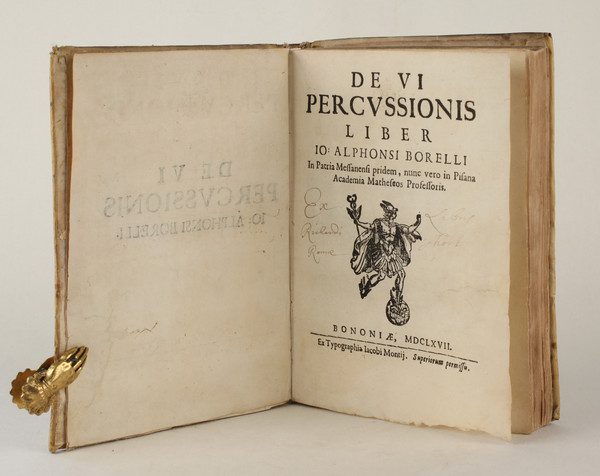 FIRST EDITION. The first book on the laws of percussion, and an important work on the subject, containing the first exposition of the theory of the percussion of solids. Borelli also gives the name ‘resilience’, probably for the first time, to a number of problems now classed under that name. In his introduction he deals at length with Galileo’s theory of impact. As well as a detailed discussion of impact, the book also deals with the dynamics of falling bodies, vibration, gravity, fluid mechanics, and pendular motion. Chapter XXV, pp. 185–188, deals with the attractive force of the magnet. Borelli’s wide-ranging studies in mechanics were the prelude to his important wok in biomechanics. Roberts & Trent, Bibliotheca mechanica, pp. 41–42. Cinti 147.