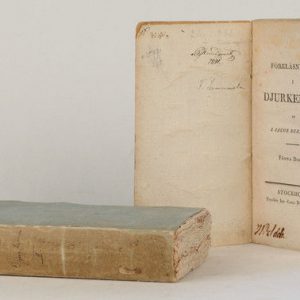 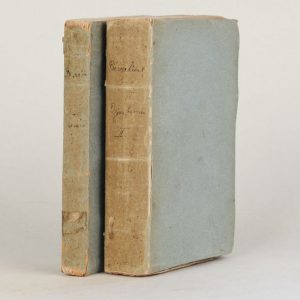 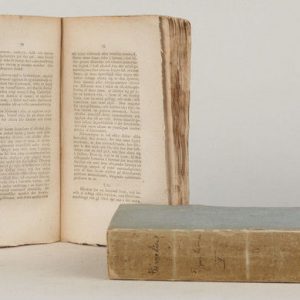 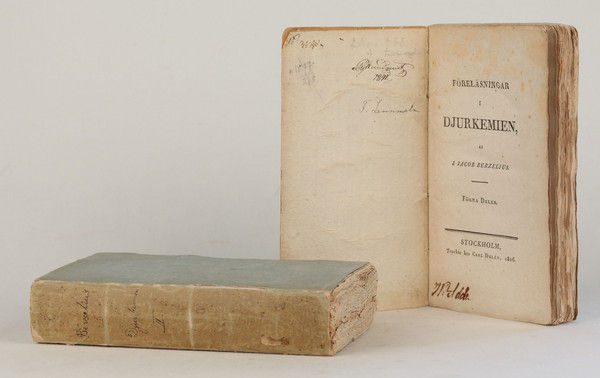 FIRST EDITION of Berzelius’s first textbook, on animal chemistry, which included the results of many of his own experiments on animal tissues and fluids. “Written as a textbook for his lectures, the book contains the results of his analyses of many animal substances. As one result he found lactic acid in muscle tissue, thus confirming its existence as a distinct compound. It had been found for the first time in sour milk by Scheele in 1780” (Cole). “Berzelius’ work as the creator of the science of chemistry in general is universally known… One of his most important contributions, however, is his investigation of the substances that are produced by life on the earth. In his Lectures on Animal Chemistry [the present work], published during the years 1806–8, he expounds his conception of life-phenomena in general and, besides, records a number of fresh facts in the sphere of organic analysis, which he later still further augmented” (Nordenskiöld, The history of biology, pp. 371–372, from a long account of this book). At the instigation of Sir Humphry Davy a translation was made into English, published in two editions, and thence into German. Cole 146. Partington IV, pp. 146–147.