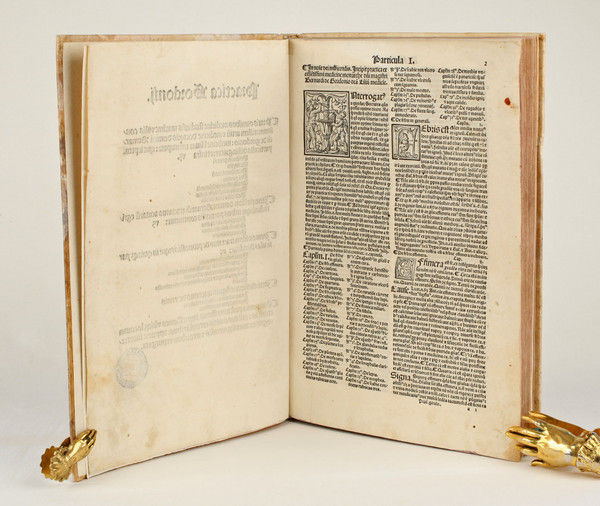 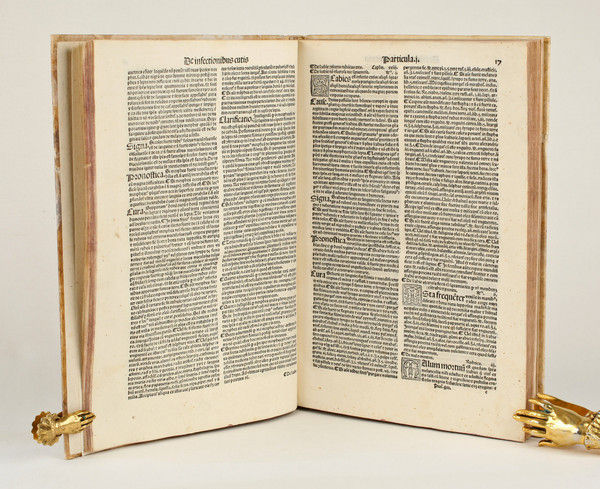 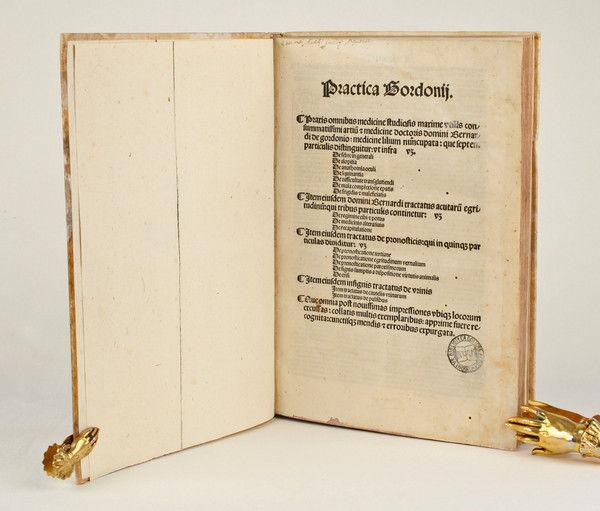 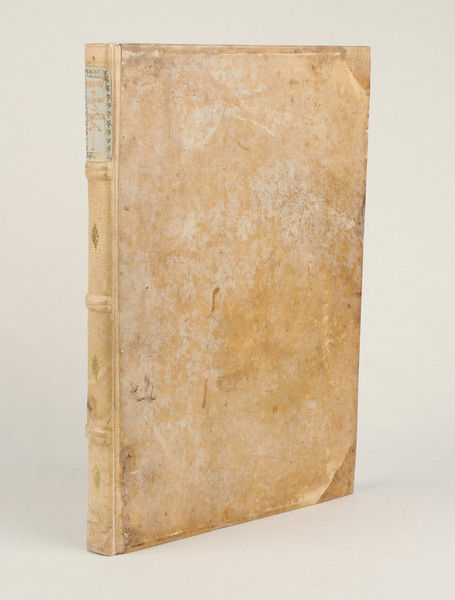 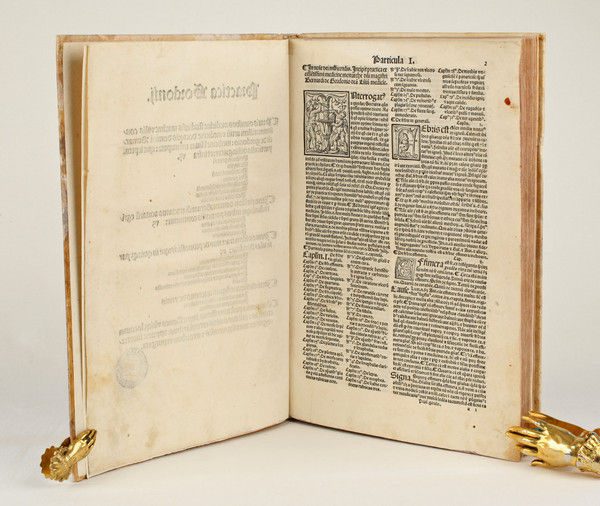 Sixth edition (the first five are all incunables) of the Practica or Lilium medicinae, the principal work of one of the medical luminaries of the Middle Ages, Bernard of Gordon (c.1258–1318) of Scottish descent but born in France, a professor at Montpellier from 1283 to 1307. He spent his entire teaching career at Montpellier and contributed greatly to the university’s fame as the outstanding medical school in Europe. He completed the Lilium in 1305. In the Dark Ages (476-1000), European medicine was entirely in the hands of the Jewish and Arabian physicians when the founding of the medical school at Salerno in the eleventh century began to breathe new life into medicine. The Lilium preserves the Arabic tradition, but also contains much original material, and is one of the works which laid the foundations of medical literature in the fourteenth century, from the schools of Montpellier, Paris, Bologna and Padua. It contains, inter alia, the first description of a modern truss, the first mention of spectacles (oculus berellinus), and the suggestion that muscles move due to a mechanical action of the nerves. Modern studies have been made of Bernard’s treatises on epilepsy, marasmus, smallpox, and urology. The Lilium was translated in the Middle Ages into French, German, Hebrew, Irish, French and Spanish, but never into English, although Bernard is mentioned in the prologue to Chaucer’s Canterbury Tales. Demaitre says of Bernard (p. 169): “It would be difficult to find a more worthy representatives of Montpellier’s claim to fame, of the academic tradition, and of the medical profession around 1300 than Bernard of Gordon.” See Stillwell, The awakening interest in science, III, 312 (first edition of 1480). Luke E. Demaitre, Doctor Bernard de Gordon: professor and practitioner (Toronto, 1980) includes a list of the 11 editions printed from 1480 to 1617.