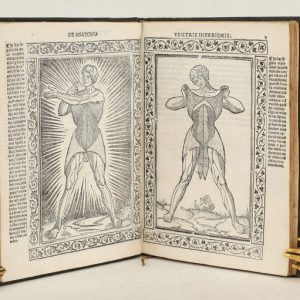 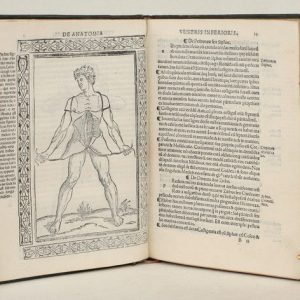 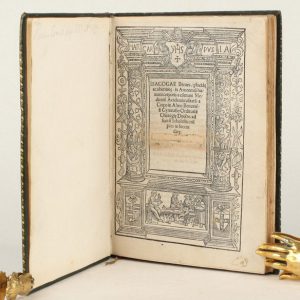 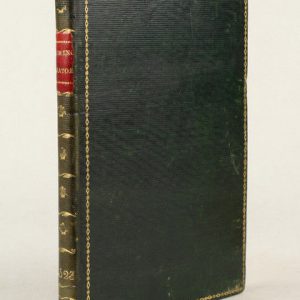 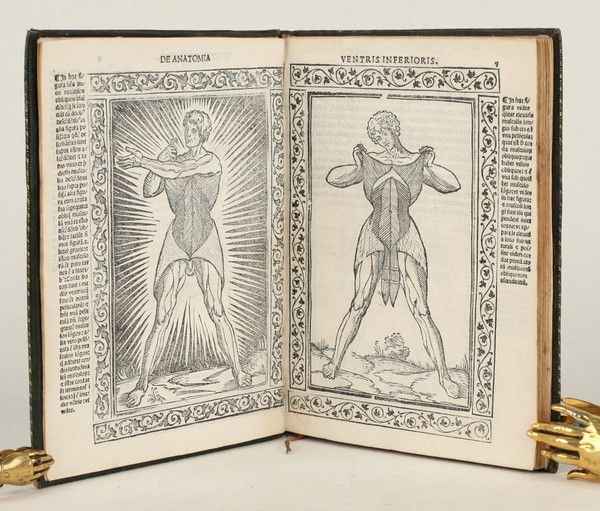 Second edition of Berengario’s Isagoge, containing the loveliest and most important pre-Vesalian anatomical illustrations. In 1521 Berengario published a commentary on the then obsolete anatomical compendium of Mondino. He added illustrations, which were the first anatomical illustrations taken from nature and the best and most important pre-Vesalian illustrations. He thus inaugurated a new epoch in anatomy, correcting numerous errors and pioneering independent research into the anatomy of separate parts of the body. In the following year he replaced his Commentaria, now seen as the most important forerunner of Vesalius, with this Isagogae. It has the same arrangement as the Commentaria, uses many of the same woodcuts, and has additional anatomical observations including a description of the valves of the heart. The present second edition added three more anatomical woodcuts as well as some revisions to the illustrations; these alterations and additions emphasised the anatomy of the heart and brain, and include the first published view of the cerebral ventricles from an actual dissection. This edition also re-uses the title-page border from the Commentaria, with some small alterations. “Berengario was the first anatomist to publish illustrated treatises on anatomy based on his own dissections. His Commentaria on the fourteenth-century Anatomia of Mondino was the first work since the time of Galen to display any considerable amount of original anatomical information based upon personal investigation and observation. The woodcut illustrations of muscle men posed before a landscape background in this work, while crude and lacking in detail in comparison to those in Vesalius’s Fabrica, represent the model on which Vesalius based his series of larger and more scientifically portrayed muscle men…” (Norman catalogue, note to the Commentaria, of which the Isagogae is a textually condensed version). See G&M 368 (first edition; “this is the work by which Berengario is best known”). Choulant/Frank pp. 136–142. Putti, Berengario da Carpi, pp. 148–154. See Stillwell 599 (“improved text and illustrations”). Norman catalogue 189.