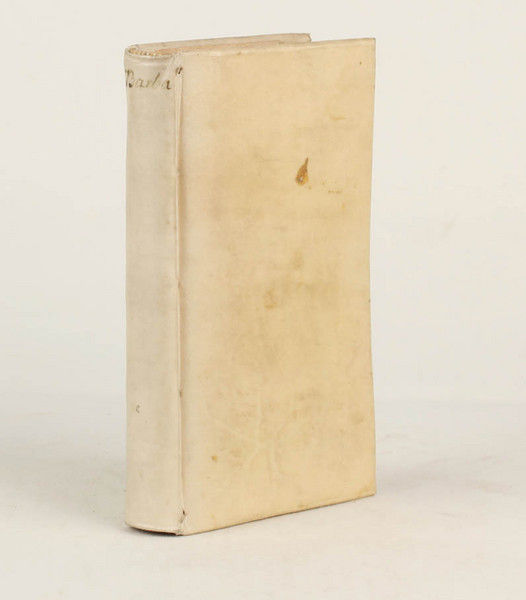 FIRST EDITION IN GERMAN of this celebrated treatise on mining and metallurgy, the first significant work on the subject in Spanish, and the first work on mining in the Americas. “Barba’s work is in five books. The first (34 chapters) deals with the generation of metals and things accompanying them; the second (24 chapters) with the extraction of silver by mercury; the third (16 chapters and 13 figures) with the process he discovered in 1607 for the extraction of gold, silver and copper by boiling with salt solution and mercury in a copper vessel; the fourth (22 chapters and 48 figures) with the extraction of these metals by fusion; and the fifth (15 chapters and 13 figures) with the refining and separation of these metals” (Partington). It also includes the earliest special chapter on petroleum products (Book I, ch. 9) in Peru and elsewhere. The methods of extraction that Barba himself discovered were in large part responsible for the vast wealth that Spain gained from Peru. Partington II, pp. 39–40. Hoover catalogue 84. The first translations out of Spanish were this German edition, and the English edition which appeared only six years earlier. Both consist of the first two Books only, and as a copy of the Spanish original had been obtained secretively by the Earl of Sandwich, it is conceivable that both were translated from that same copy.