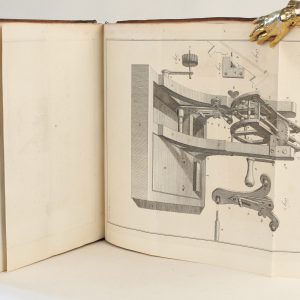 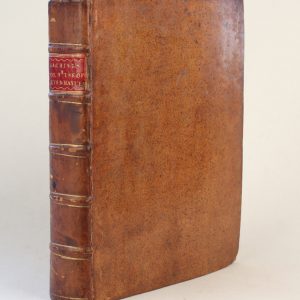 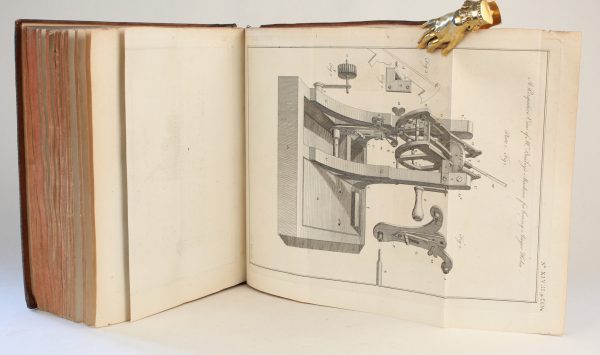 The Advancement of Arts, Manufactures, and Commerce; or, descriptions of the useful machines and models contained in the repository of the Society for the Encouragement of Arts, Manufactures, and Commerce: illustrated by designs on fifty-five copper-plates. Together with an account of the improvements promoted by the Society, in agriculture, manufactures, mechanics, chemistry, and the polite arts; also in the British colonies in America.

London: Printed by William Adlard, printer to the Society…1772

FIRST EDITION of the first original English atlas of machinery and mechanical devices. The plates are from drawings by William Bailey and his son, Alexander Mabyn Bailey. The first group of plates are concerned with various branches of agriculture, that being by far the largest industry in Britain at the time. The remaining plates are concerned with manufactures, and reflect Britain’s rise as the pre-eminent manufacturing nation. They include the stocking-frame, looms, cranes, a sawmill, a hole-borer, and many others. The whole project was overseen by the Society for the Encouragement of Arts, Manufactures, and Commerce (today the Royal Society of Arts). The Society was established in 1754 and was concerned with technology and manufactures in a way that the Royal Society was not. It awarded medals and financial premiums for outstanding designs. Apart from the brief annual abstracts of the premiums offered, this book is the first treatise on the technology with which it was concerned and the first original English work of its kind. This first edition was reissued as a new edition in folio in 1776, which was enlarged with a second volume in 1779.