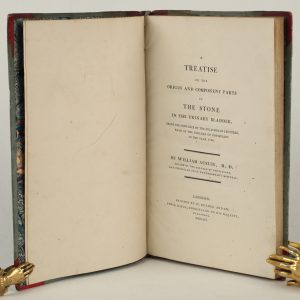 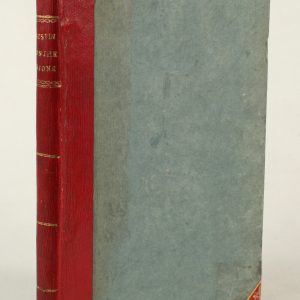 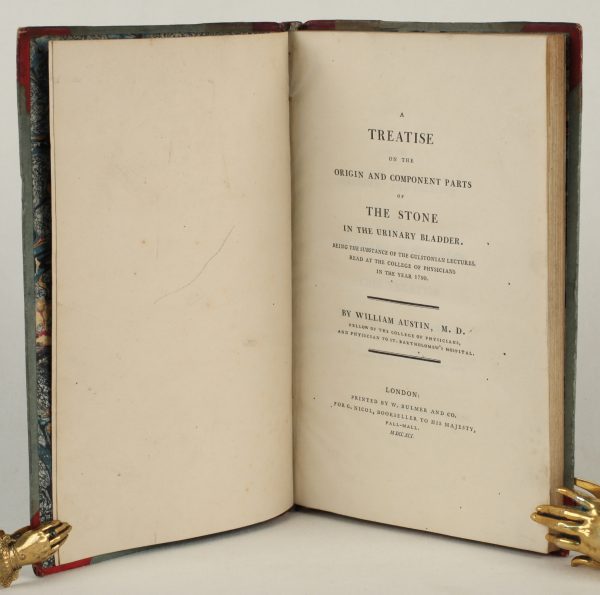 A Treatise on the Origin and Component Parts of the Stone in the Urinary Bladder. Being the substance of the Gulstonian Lectures, read at the College of Physicians in the year 1790.

SOLE EDITION. Austin’s conclusions on the origin of bladder stones were later shown to be incorrect. “However, Austin was able correctly to identify how hard deposits in the body are composed. He also correctly observed that the hard matter found in old people's arteries is calcareous, whereas the white substance covering the surface of gouty joints is not. His final remark on lithotomy caused his surgical colleague, Sir James Earle, to write a defence of the operation” (ODNB). Kiefer catalogue, 29. Peter Isaac, William Bulmer, the fine printer in context, no. 33.